Based in Leeds, United Autosports is a well-known GT and sports car team. Founded in 2009 by businessman, Zak Brown and racing driver, Richard Dean, they have raced in a number of different championships, with a vast range of cars and drivers.

We have worked alongside United Autosports for several years now ensuring that all their cars look great for race day.  It was no exception when it came to the Ligier JS P3 which was wrapped in Gulf colours and definitely looks the part.

We had strict deadlines to meet as the car needed to be ready for an exclusive customer test day the weekend before the British Prototype Cup where it was to be raced.

“I have driven various GT3 cars but the Ligier is a step further and a really exciting experience. It is such a responsive car with masses of grip and it looks great! The test at Donington was enough to convince me that historics might have to take a back seat for now. I’m really looking forward to the Prototype Cup in October and driving with Shaun. We have raced against each other for years but never together. Having Gulf Marine / GR Asia on board is the icing on the cake. Our relationship from Macau goes back many years and it is a privilege to have the Gulf colours on the car.”  Richard Meins, driver, United Autosports:

Take a look at the finished finished photos below and let us know what you think to the vehicle wrap. 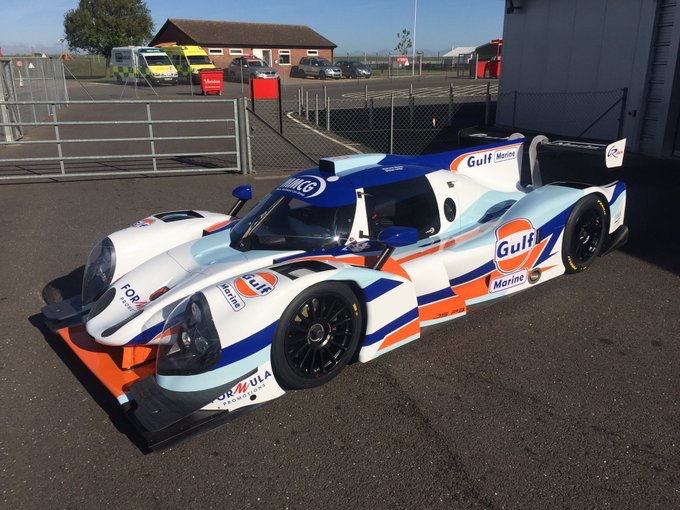 Our New Website Is LIVE!
"Can I just say how impressed we have been with your service"
Encouraging Social Distancing in The Workplace